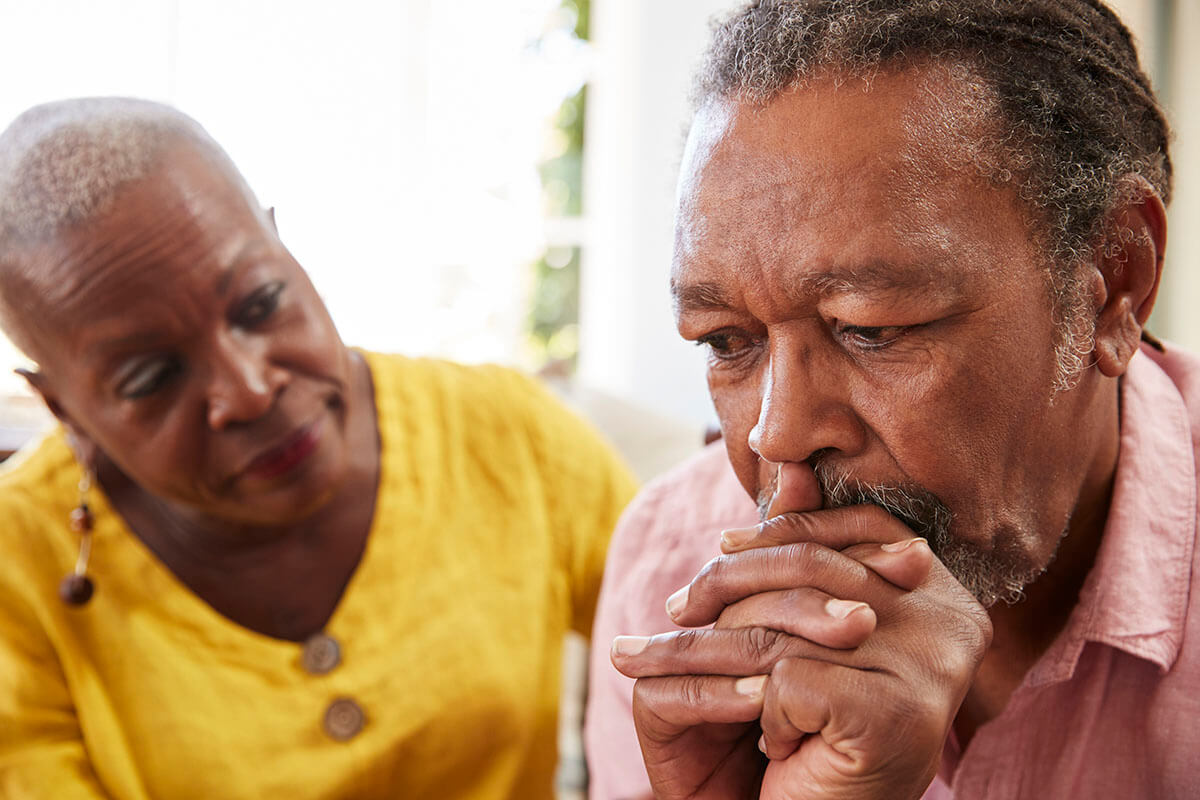 While we often correlate dementia with old age, the truth is that mental and cognitive problems are indiscriminate when it comes to age, sex, race, or any other personal feature. While early onset dementia, which afflicts people under the age of sixty-five, is relatively similar to Alzheimer’s disease, it is rarely expected or treated in time.

Like with any disease, learning about dementia, the warning signs, and how it can affect one’s life is the first step to helping a loved one cope and keep their standard of living high.

Noticing symptoms of early onset dementia, such as long-term memory loss, can help you alter some effects and aid you in providing the correct steps in treatment & exercises for your loved one. If you notice any of the signs, it’s best to contact a professional medical practitioner to give you the best course of action on how to help them.

In this article, we will give you some of the signs of early onset dementia, the symptoms, and whether there are effective treatments for this type of encephalopathy.

Dementia is the decline of brain function that causes memory loss and affects your thinking & reasoning skills. The list of possible indicators of this ailment is quite extensive, and which symptoms might express themselves will depend on the person.

By using an early onset dementia test, a doctor can reliably make a diagnosis whether you are suffering from dementia or have some other core issue that should be treated differently. If you notice any of these signs or symptoms, contact either your psychiatrist or your general practitioner and explain to them your situation.

The most common of all the signs of early-stage dementia is short-term memory loss, but it can be subtle at first and can gradually become more severe over time. Forgetting recently learned information such as important dates and events is normal for most people as they often remember them at a later date.

In dementia patients, however, cognitive impairment and memory loss are so severe that they have difficulty remembering even the easiest dates and tasks. The data completely escapes their minds & the memory won’t return. This can be the early signs of memory decline.

Some common symptoms of memory loss can include forgetting the names of people you know well or regularly forgetting where you parked the car. Another symptom for a person who has dementia is constantly relying on memory aids such as written notes to remind them of small tasks they easily used to remember before.

Symptoms can include, but are not limited to:

Unfortunately, there is no definitive cure for dementia, but there are ways to improve the patient’s memory.

There are two types of treatment doctors use to take care of dementia patients and lessen the effects of memory loss. The two types of medication are called cholinesterase inhibitors and memantine that can slow down the cognitive decline.

Medication should always be given to a dementia patient by a trusted nurse or family member. Patients shouldn’t be allowed to take the drug by themselves as they may not remember to take their medicine or accidentally take too much.

For those who have some of the risk factors, such as parents who have dementia, but don’t exhibit any memory problems at the moment, there are different memory games and brain exercises that have shown to help in reducing dementia risk in younger people.

People suffering from early onset dementia may have difficulty sticking to plans as they may have a sudden change in logic over a particular task. They may get frustrated with easy everyday tasks and may not be able to complete their work due to their memory loss or sudden logic change.

Erroneous problem solving such as erratic decisions in finances can be one of the early signs of dementia as they may not know how to calculate their monthly budget. Overspending may also be a sign as they have difficulty remembering if they’ve bought a certain item or not.

For those who enter mid-stage dementia, forgetfulness and mood changes can become severe enough to endanger their physical wellbeing. Recognizing symptoms and risk factors is essential to delay this stage as much as possible.

Symptoms of Change and Problem Solving

One of the biggest issues with early onset dementia is that it is rarely diagnosed in time, often waved away as stress and anxiety. The lack of early diagnosis is problematic for those who are tasked to take care of themselves and their family, as lapses in problem-solving can come up unexpectedly and usually only after serious damage is done.

Family members of the affected person must be ready to deal with some of the aspects of the patient’s life, as well as to assist the person suffering.

These tasks they falter at often fall into these categories:

There are treatments that doctors can give patients to help them with easy tasks and to assist them with solving problems. However, patients may still need the help of caregivers & family members to make bigger decisions for them.

Treatment for Decline in Planning and Problem Solving

Doctors will usually prescribe the correct medication and the dosage that must be given to dementia patients, but there are several non-drug-related ways you can help them.

By performing necessary tasks with a dementia patient, you can aid them with rational thinking by giving them advice on difficult decisions. For problem-solving, you can provide exercises every day to help them with cognitive skills.

For some people, one of the early signs is the decline in vision, which affects their ability to read, determine color or contrast, and they can have difficulty judging distance. This will affect a dementia patient’s ability to drive, as well as perform some other daily tasks.

People who develop dementia during the most productive stages of their life will find multiple problems with the tasks expected from them daily. This may develop into adjacent medical and psychological issues, such as depression, which can further factor in cognitive impairment.

Symptoms of Visual and Spatial Impairment

With more severe cases, patients may even forget what familiar faces look like. They may mistake a loved one or family member for someone else, or forget what they look like entirely.

Another visual impairment may include not being able to walk down the stairs as dementia can affect their depth perception.

Because of the change in dementia patients’ perception, you will need to make their environment safe. You can install ramps, so they don’t have to struggle to climb stairs, and you can get rid of tables with sharp corners & spread out furniture that’s positioned close together.

Patients who start to forget faces and familiar places will be prescribed medication by a professional practitioner. This can delay the effects of memory loss, but you can also help patients by giving them exercises to assist with memory.

Finally, as the common form of early onset dementia will not impact the bodily health of the patient, removing any reason for aggression will be paramount. They need to live in a safe and comforting environment that will reduce the risk of them lashing out on their caregivers or family members.

Although dementia has no cure, medication and regular exercise can slow down the effects of brain function decline. If you’re able to pick up the early signs of dementia, you’ll be able to provide treatment fast and more effectively.

If you have a suspicion that a loved one may have dementia, contact your doctor and book an appointment for a full evaluation as soon as possible.